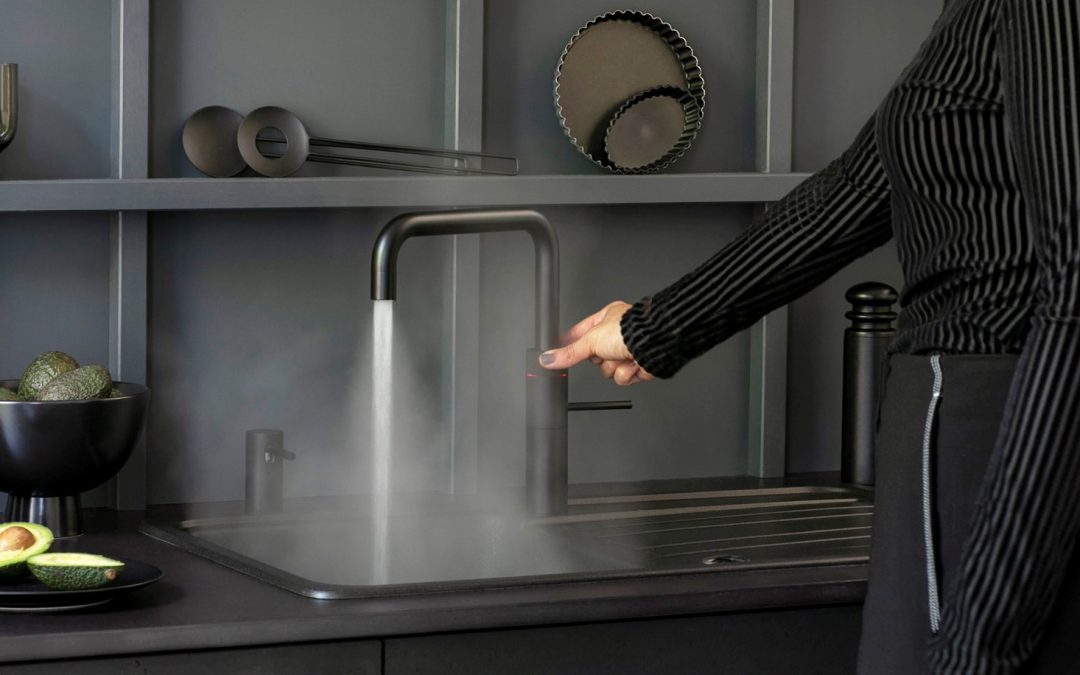 In today’s modern society, everything is fast-paced and almost instantaneous. Tasks that used to take hours are now complete with the flip of a switch. Within the kitchen alone, sophisticated designs and modern upgrades have granted us the ability to create deliciously crafted meals with little to no effort. The evolution of our present-day kitchen appliances has been a long process, but worth the journey. The owners of Quooker can certainly attest to this as they have watched their infamous kitchen tap transform drastically over the past 50 years and take on new features that elevate cooking and entertaining to a new level.

The concept of the Quooker water tap came about in the 1970s when Henri Peteri first heard about the idea of instant soup. While he believed instant soup to be a fantastic invention, Peteri knew the soup could never be instantaneous if you had to wait for the water to boil before actually cooking the soup. It was then he began brainstorming and working on the first Quooker: a revolutionary tap which not only allowed users access to the traditional cold and hot water but boiling water as well. While the history of this groundbreaking kitchen appliance had its rough beginning, those who began using Quooker soon found it to be an indispensable tool in the kitchen.

But how does one go about designing an ordinary tap with the capabilities of producing boiling water at a temperature of 100 degrees Celsius? The answer lies within the Quooker’s small, high-vacuum insulated tank. The tank, hidden beneath the kitchen sink, mimics a vacuum flask connected to the water mains. The air in the insulted wall is so thin that heat is unable to escape. Therefore, it takes very little energy to keep the water in the tank at the ideal boiling temperature. However, the water only starts to boil when the tap is turned on, and the temperature of the outflowing water drops from 110 to 100 degrees Celcius. As the water flows out of the tank, new water immediately takes its place, thus beginning the cycle again.

From the first Quooker Basic tap in 1992 until the present day, the Peteri brothers, Walter and Niels have worked endlessly to carry on their father’s vision and continue enhancing the Quooker tap, bringing the concept of the all-in-one water dispenser into homes all across the UK. Among their infamous water taps, you will find the Nordic mixing tap, which only dispenses boiling water, the Fusion, which allows for hot, cold, and boiling water, and finally, the Flex, which is the only Quooker with a flexible hose. Because each Quooker tap is carefully designed to pair perfectly with both a modern and traditional style, these taps have become infamous throughout many European countries. This popularity has pushed Quooker closer to its goal of “supplying as many private kitchens as possible with boiling water, smartly and responsibly.”

While the fame of the Quooker is evident, the Peteri brothers are determined to continue their innovation endeavors. Niels Peteri says, “The fact that more people are embracing the Quooker as an indispensable tool in the modern kitchen is reflecting in the sales, which are soaring. We’re very proud of that. However, resting on their laurels is not an option. We want to keep innovating. For example, by developing our own production resources, which enables us to think up original solutions.” Among the innovations Quooker has recently undertaken, you will find the new CUBE tap. While the CUBE incorporates all the elevated features associated with other Quooker taps, the CUBE is one-of-its-kind as it also dispenses sparkling and chilled water. This new, revolutionary function makes working in the kitchen even easier. Not only does it save time and space, but it also eliminates the need to use plastic bottles.

Since Henri Peteri’s first ingenious idea of instant boiling water, the Quooker company has always desired to keep the founder’s vision alive through constant changes and upgrades to their already cutting-edge taps. As time progresses, the company hopes Quooker will not only continue to provide its customers with quality taps unmatched by anyone else but also continue to seek advancements in the world of kitchen appliances.